Selling a startup doesn’t just happen out of the blue – great startup exits are oftentimes well prepared for and guided by strong advisors. Finding the right time to sell your company is no rocket science and could increase the value created for founders and investors significantly. 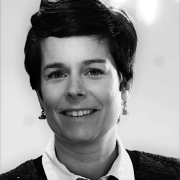 A couple of years ago, I invested some of my personal savings in a software startup as part of a seed round. The startup had a knowleadgeable founding team from a top tech university and explored an interesting niche that was not yet captured from other startups. Initially, they were trying to promote their software to freelancers which proved to be more difficult than they had thought. So they pivoted towards a B2B product and more direct sales approach.

Initial feedback looked promising but was far from solid when they had to go fundraising for their Series A funding round. As they did their roadshow to investors in Europe and Silicon Valley they happened to get an offer for an exit to a bigger competitor. So the founders wondered: Why not sell the whole company instead of raising another round of financing? Long story short: Instead of a Series A, the company did an “acqui-hire” (=acquisition to acquire the talent) resulting in a valuation much below the last financing round. The founders had great jobs in a bigger company afterwards but it meant a loss of the investor´s money and a rather low cash return for the founders. Certainly not what me as investor and the founders had hoped for!

So the question comes to mind: Could this have taken another route? I believe if the company (and its shareholders) had been preparing the company for an exit it would have been possible to realize a much higher return for everybody – including the founders.

How do you prepare a startup for an exit? Well, the most important point is to frame an exit as an event that doesn´t “just happen miraculously” but requires focus and planning to succeed. From my activities as angel investor I know that many founders don´t have a strong understanding of what might make the company attractive for an acquirer: In some cases (e.g. a market place) it will be the number of customers while in other business models (e.g. a new sensor technology) the technology / IP is the most important asset. Knowing what will be important in your business will help to allocate resources accordingly.

Beginning of the year, I attended the Exit Academy at the EPFL Innovation Park to find out what type of exits there are and how to manage the whole process. Some great experts such as Balz Roth, Michel Jaccard and Jean-Pierre Rosat enlightened the attending investors and founders on how to drive startup exits:

Don’t get me wrong: Some founders don´t try to sell their company. That´s fine – but it doesn´t go well with taking capital from angel investors or VCs who are driven by the potential of a (profitable) exit!

Should you jump right into the adventure of self-employment, or start out part-time? This article will help you decide.2021 can only be better than last…

An idea became a hobby, then a part-time project and ultimately a start-up: Simon Krähenbühl and Silvia Nadenbousch have been working full-time on their glasses…

The five winners of this year’s Swisscom StartUp Challenge have been announced. But who will now benefit from these start-ups’ innovative security solutions? The jury…

Swisscom is joining Chainlink, the world’s largest oracle network, as part of a pilot initiative. The Chainlink network provides important data for what are known…